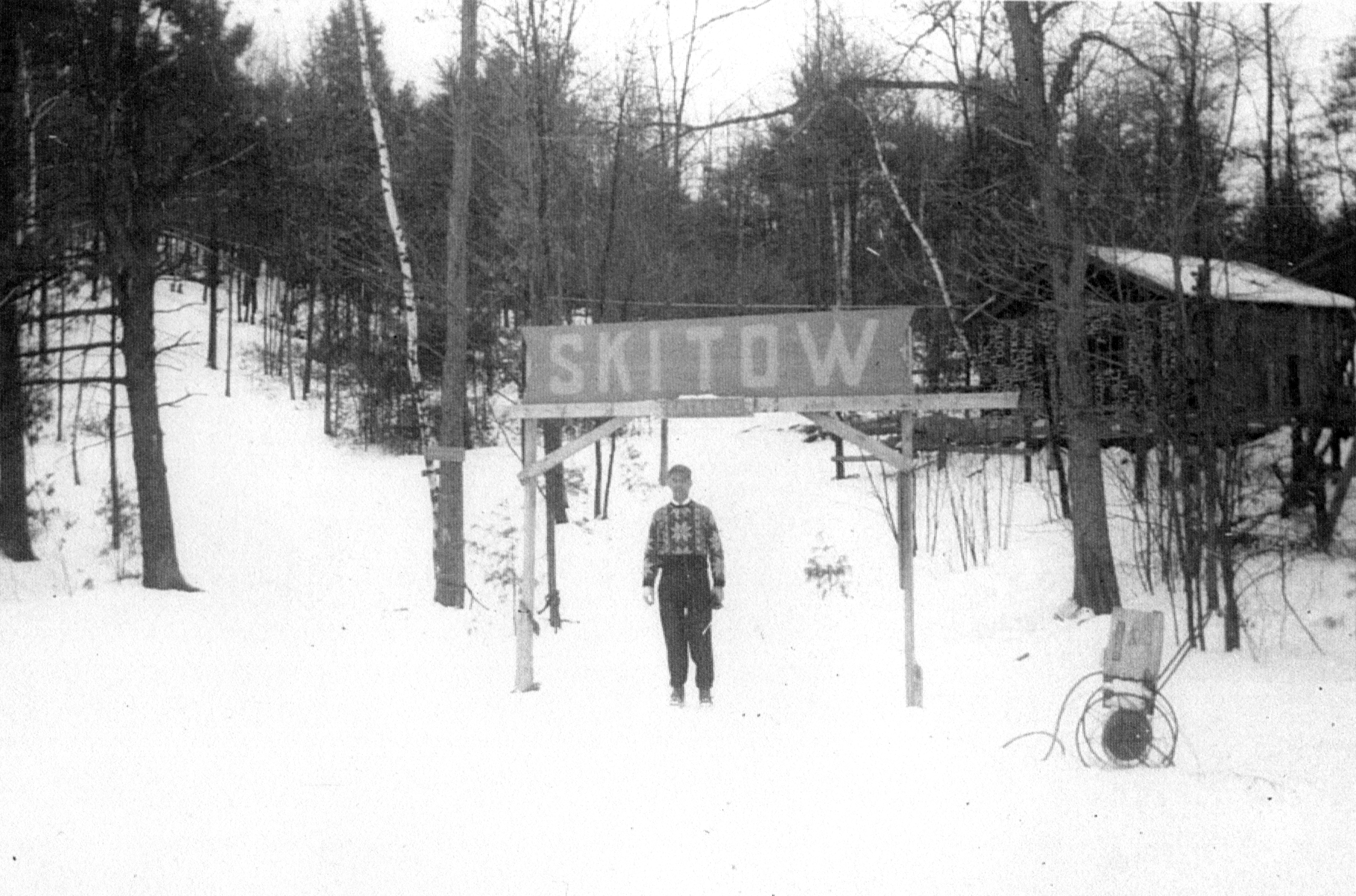 Thanks to Neal Estano who contacted us about this lost area in Bolton! This was an early rope tow/ski jump area that was owned and operated by his grandfather, Donald Erickson. His mother and Donald's daughter, Gail (Erickson) Estano, wrote up the following article on the history of this area. All following pictures are courtesy of the Estano family and can not be used for any commercial purpose, thanks.

Also, Dick Kenyon met with Gail and was able to get some additional pictures which are found below.

We're glad to add this area to our site!

Neal continues with some more information about the current state of the area:

If you have more information on this area just let us know.